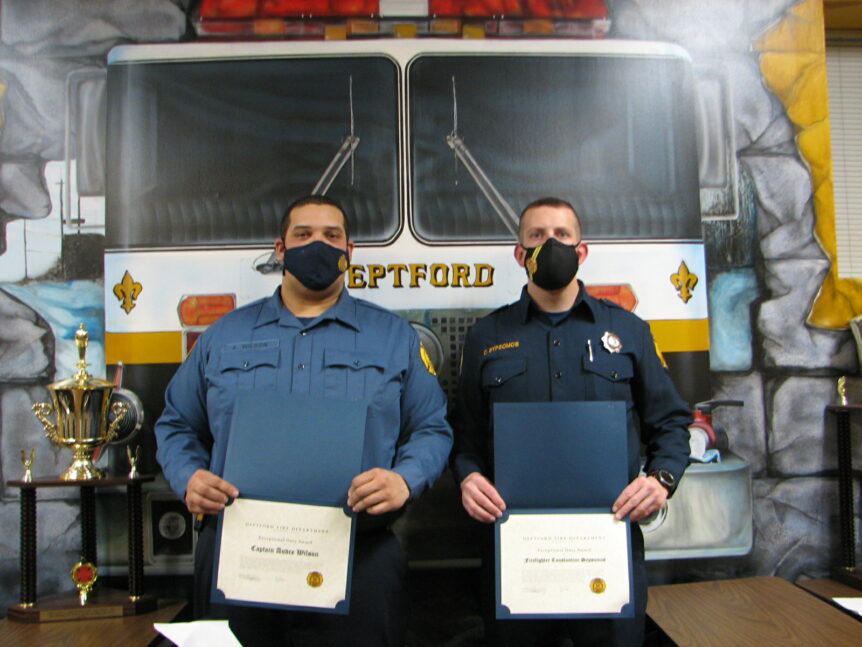 During the incident, the family’s cat was brought unresponsive to the front of the house. Wilson, Sypsomos and Buck began to resuscitate the pet using oxygen and a “pet-mask.” After working for some time, they managed to get the cat breathing again, and turned it over to the resident, who rushed it to a local animal hospital.

These firefighters’ quick, decisive action saved the life of that beloved family cat. They perfectly exemplified the skilled service our department provides to Deptford Township, protecting its people—and their pets!