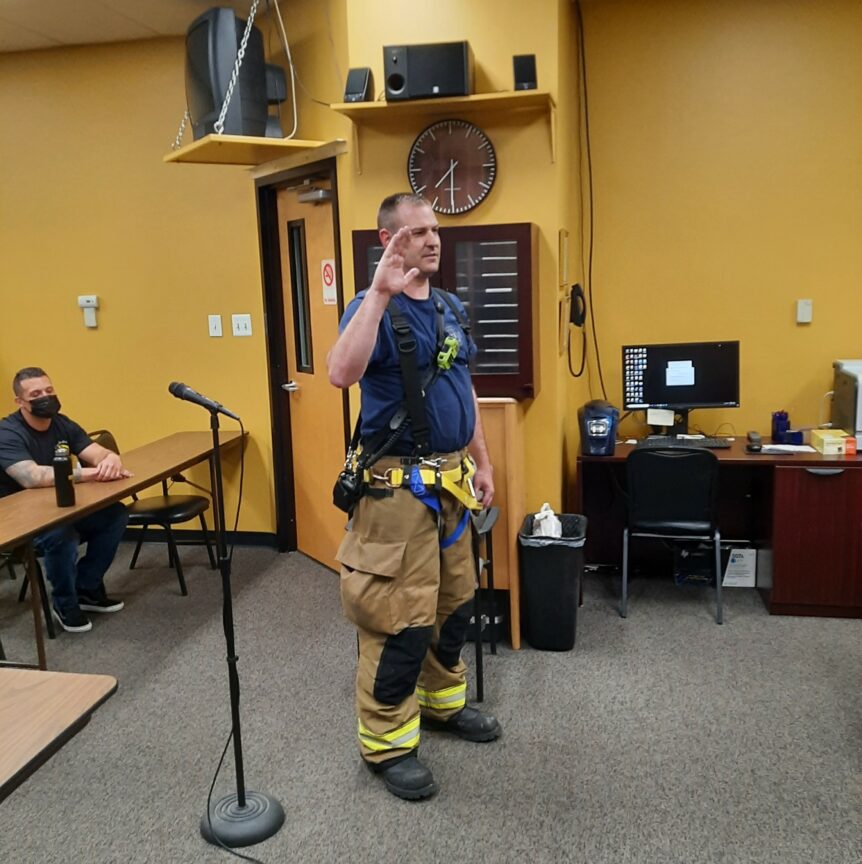 Lieutenant Frank Battaglia, coming directly from a dwelling fire, was sworn into the position of Fire Captain during the Deptford Board of Fire Commissioners public meeting on April 7, 2021.

Frank originally joined Deptford Fire Department as a volunteer in July 1991 with Union Fire Company.  On October 2, 2000 Frank became a career firefighter for Deptford.  Frank also holds the certification of Fire Inspector  In March 2009, Frank was promoted to the position of Fire Lieutenant.

Congratulations Frank, and thank you so much for your hard work and dedication to our department and community! 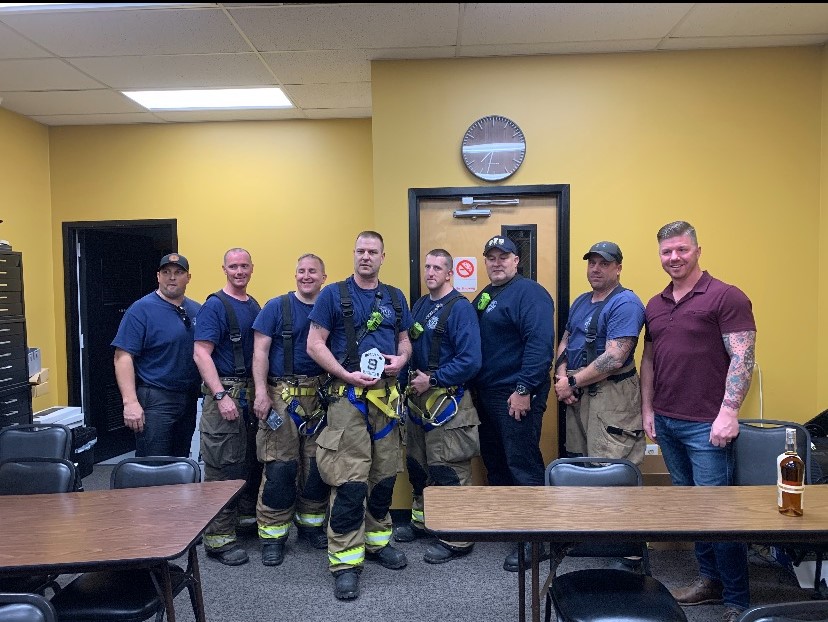 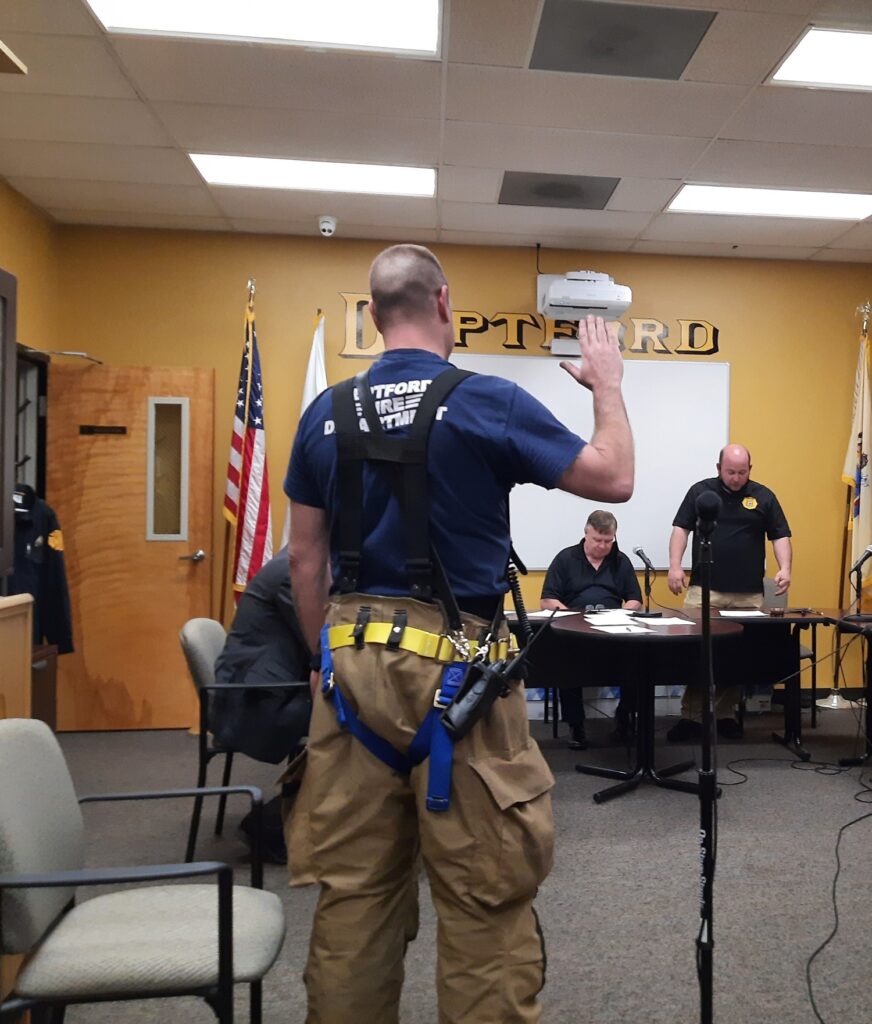 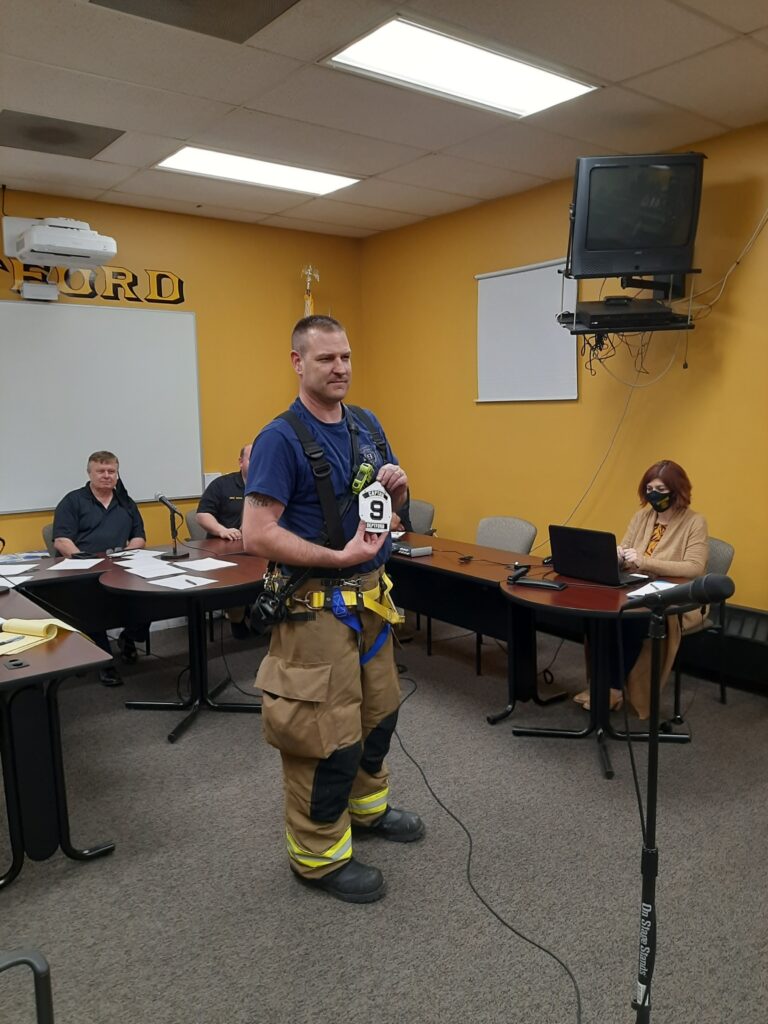